IGF-1 DES is lacking just three amino acids from its N-terminal end, but that subtle change makes a big difference. Research shows that IGF-1 DES does not bind very well to IGF-1 binding proteins (IGFBPs) found in the blood and in various tissues throughout the body. The result is that more of the peptide is available for binding to important receptors and thus IGF-1 DES is more potent (same effects at lower doses) than IGF-1 itself. Research in pigs and marmoset’s indicates that IGF-1 DES is 2-3 times more potent than IGF-1 in lowering blood sugar. Further, these same potency effects extend to other properties of IGF-1 as well, including its anabolic effects on skeletal muscle and its neuroprotective effects[2].

One of the benefits of binding to IGFBPs is prolonged activity as a result of decreased clearance from the circulation. Thus, IGF-1 DES has a much faster onset of action, higher peak activity, and faster withdrawal than IGF-1 itself. There are a number of settings in which this type of efficacy profile could be useful, including the treatment of hyperglycemic conditions.

Research in pigs indicates that IGF-1 variants with low affinities for IGFBPs have a more dramatic effect on growth. In fact, the anabolic effects of IGF-1 DES occur even in the setting of limited calorie intake[3]. Research in rats shows that just 14 days of IGF-1 DES is enough to produce significant increases in body weight, nitrogen retention, and food conversion efficiency[4]. The latter fact is important as it confirms the potential of IGF-1 DES to improve anabolism even in the setting of poor calorie intake, a function that would make the peptide useful in chronic disease and in individuals who are unable to consume a great deal of calories for a variety of reasons. IGF-1 has also been shown to be a more effective anti-hyperglycemic agent, lower blood sugar rapid after administration. This is part of the reason the peptide is so efficient in boosting growth with lower calorie consumption. There is interest among researchers in using IGF-1 DES as a potential treatment in hyperglycemia were it would have similar effects to insulin administration without the long-term side effects that can occur if too much insulin is used.

It has been long established that IGF-1 has important effects on neuron growth, differentiation, and survival. The protein is a major factor in synaptic formation and thus plays a critical role in learning, memory, and more. IGF-1 is particularly important for the development and maintenance of mature synapses. Research shows that IGF-1 is absolutely necessary for achieving proper levels of pres-synaptic synapsin-1, a protein that regulates the release of neurotransmitters. The peptide is also important for the post-synaptic PSD-95 protein, which maintains synaptic structure. Without IGF-1, synaptic development is disrupted and deficits in motor skills, behavior, cognitive functioning, and language all develop. 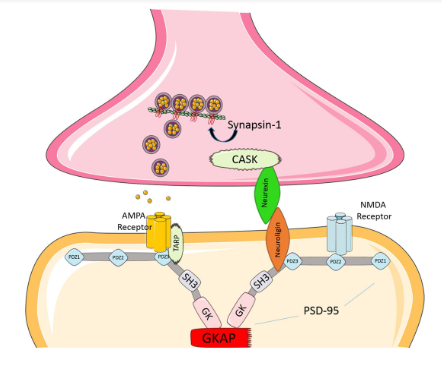 IGF-1 and its analogues have been tested in Rett syndrome and in chromosome 22 deletion syndrome. In both cases, the peptides yield positive benefits. By protecting the number of excitatory synapses in the brain and by preserving neuron density. IGF-1 has also been shown to reduce the toxic effects of NDMA over-stimulation, thereby protecting neurons from excitotoxity, which can lead to neuron death. The benefits were so great in animal studies that IGF-1 and its analogues are being introduced as experimental treatments in humans suffering from these devastating conditions[5].

Clinical trials of IGF-1 in multiple sclerosis (MS), ALS, Parkinson’s disease (PD), and Alzheimer’s disease (AD) have yielded mixed results. In ALS, for instance, IGF-1 treatment lead to significant reductions in disease progression, increased muscle strength, improved respiratory functioning, and increased quality of life. In MS, the peptide had almost no effect. Human trials of IGF-1 in PD have not yet been performed, but studies in rat models of PD indicate that it protects dopaminergic neurons and improves behavior[6]. Further study is required to understand the causes of these conditions and how IGF-1 DES plays a role in their treatment. The fact that the peptide has no impact on MS is not surprising as the condition is less caused by neuron death than by damage to the cells around neurons. IGF-1 DES and other IGF-1 analogues can help scientists to explore the basic pathophysiology of these conditions in order to better under their causes and thus develop potential treatments.

Research shows that IGF-1 may be an important constituent in a number of neurological conditions, including autism. In fact, children with autism show lower brain levels of IGF-1 than age-matched controls, suggesting that low IGF-1 concentrations in the brain, particularly at an early age, may disrupt normal development and be important in the pathogenesis of autism[7].

These findings should not come as any surprise as research suggests that autism is likely caused by disruptions in synapse development and is similar pathologically, to other neurodevelopmental conditions like fragile X syndrome, tuberous sclerosis, and Angelman syndrome. IGF-1 and its analogues, which have potent effects on synapses, are therefore ideal candidates for exploring various treatment strategies in these disorders[9].

IGF-1 DES May Have Cognitive Benefits in Age

IGF-1 is important in adults as well as children. In adults, the peptide is actually heavily modified in the brain to make it shorter, indicating that analogues like IGF-1 DES may have better therapeutic potential than intact IGF-1. Molecules like IGF-1 DES also penetrate the blood-brain barrier more readily, making them more effective when administered exogenously. In adults, IGF-1 and its analogues have been shown to reduce neuronal death and protect neurons against insults like stroke, Alzheimer’s disease, Parkinson’s disease, and more[10].

From the above, it is clear that IGF-1 and its analogues are useful in the setting of neurological disease. Research in rats, however, suggests that IGF-1 DES may enhance synaptic transmission and impart cognitive benefits even in normal rats. This could be of benefit to learning and memory, particularly as organisms age and natural levels of IGF-1 in the brain begin to decline. According to research, IGF-1 DES causes a 40% increase in excitatory post-synaptic potential[11]. This suggests that the peptide could have profound effects on cognitive function, particularly in age-related synaptic dysfunction.

Many cells in the immune system, such as mononuclear cells and neutrophils, have IGF-1 receptors on their surface. Research shows that IGF-1 DES can improve immune function by boosting release of hydrogen peroxide in mononuclear cells and by encouraging neutrophils to differentiate into pathogen-killing blastocytes[12]. In all cases, IGF-1 DES is more potent in stimulating these changes than IGF-1, indicating that the peptide might be an effective adjuvant to antibiotics and other treatments used in the setting of infectious disease. Research into the role of IGF-1 DES in stimulating immune function is very preliminary, but still very promising.

Dermal (skin) fibroblasts are the cell primarily responsible for tissue repair following injury. These cells turn out to produce a number of IGFBPs under certain circumstances and it is known that this protein drastically lowers the impact of IGF-1 at its other receptors. Research suggests that inflammatory cytokines can alter IGFBP levels, which may impact healing. By administering peptides that are unaffected by IGFBP, it is possible to circumvent the effects of inflammatory cytokines and improve fibroblast growth and differentiation[13]. This, in turn, can accelerate wound healing.

IGF-1 DES Is a New Contender

IGF-1 DES preserves many of the functions of IGF-1, such as enhanced skeletal muscle growth and protection of neurons. It is different, however, in that it does not bind to IGFBPs. This fact alone makes IGF-1 DES more useful in a number of ways, such as allowing the peptide to more easily pass into the brain when administered exogenously. IGF-1 DES hold a great deal of promise, which is why it is the subject of intense research in fields that touch on neurodevelopment, stroke, cancer, wound healing, autism, and more.