AOD9604 was originally developed as an analogue of HGH with the express purpose of fighting fat. Phase 2b clinical trials were completed in Australia testing the drug in 300 obese individuals. The results of once daily administration of the peptide for 12 weeks showed that the drug tripled weight loss when compared to placebo and that the rate of weight loss remained steady during the trial period[3], [4]. This latter fact indicates that a resistance to the peptide is unlikely to arise and that longer-term treatment would result in even greater weight loss.

Research in mice that are genetically prone to obesity indicates that AOD9604 most likely does not work only by affecting the beta-3-adrenergic receptors found on white fat. It was originally speculated that the peptide bound in these receptors and increased the rate of metabolism in fat cells, shifting them from a storage mode to a usage mode. It turns out that even in mice that lack these receptors, fat loss takes place when AOD9604 is administered[5]. Though the beta-3-adrenergic receptor likely plays a role in fat loss secondary to AOD9604, at least one other mechanism must be in play as well. There is some thought that AOD9604 may indirectly activate apoptosis in white fat cells. 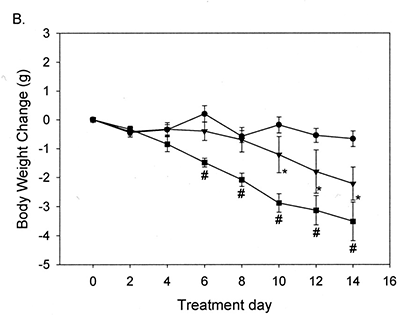 Research in rats indicates that injections of AOD9604 directly into arthritic joints can work in synergy with existing therapies to improve pain, reduce disability, and improve quality of life[6]. Changes in both gross clinical exam and microscopic structure of cartilage in the affected joints indicates that AOD9604 is effective in treating the root cause of osteoarthritis and may work as both a treatment and preventative. Though AOD9604 is effective in reducing joint dysfunction on its own, it works better in combination with other therapies. It isn’t clear how the synergy arises, but additional research using the peptide may reveal novel pathways for improving cartilage growth, a notoriously challenging clinical problem.

Though fat reduction and weight loss directly reduce the risk of heart disease, there is evidence to suggest that AOD9604 has beneficial effects on the heart beyond its ability to reduce fat burden. It is thought that the peptide may directly affect metabolism in such a way so as to reduce complications separate from its effects on obesity. This is not unheard of, as drugs like pioglitazone and acipimox both reduce metabolic complications without treating obesity at all. It is thought that the secondary pathway by which AOD9604 causes fat loss, the pathway that is independent of beta-3-adrenergic receptor activation, may play a role in improving metabolic metrics even while it boosts fat loss[7].